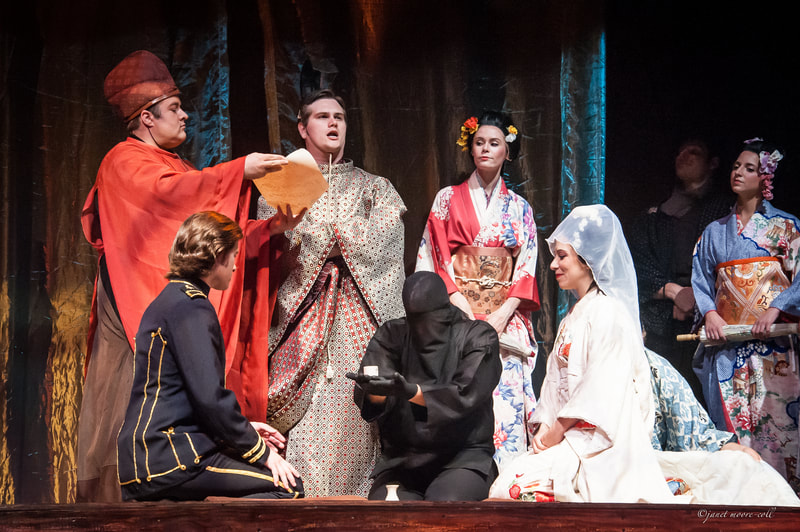 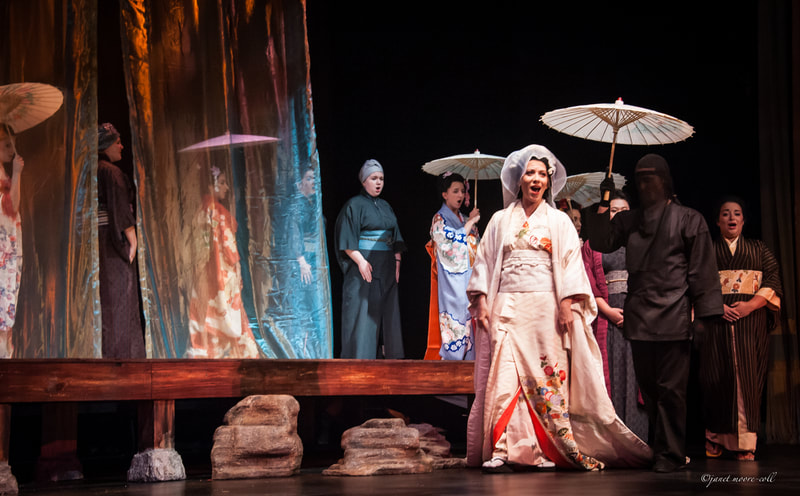 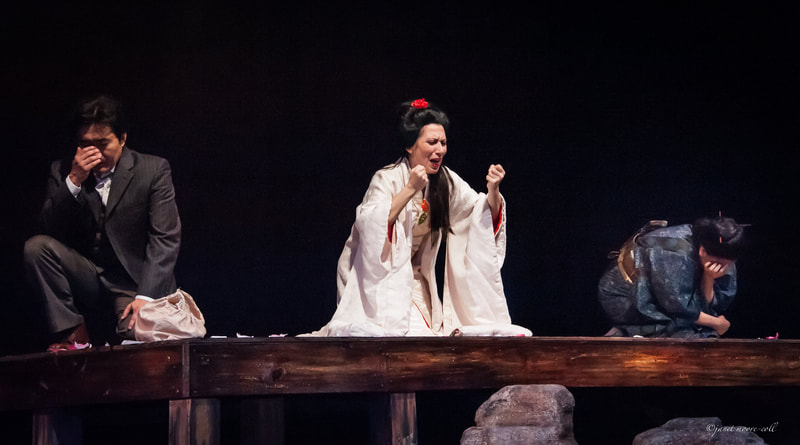 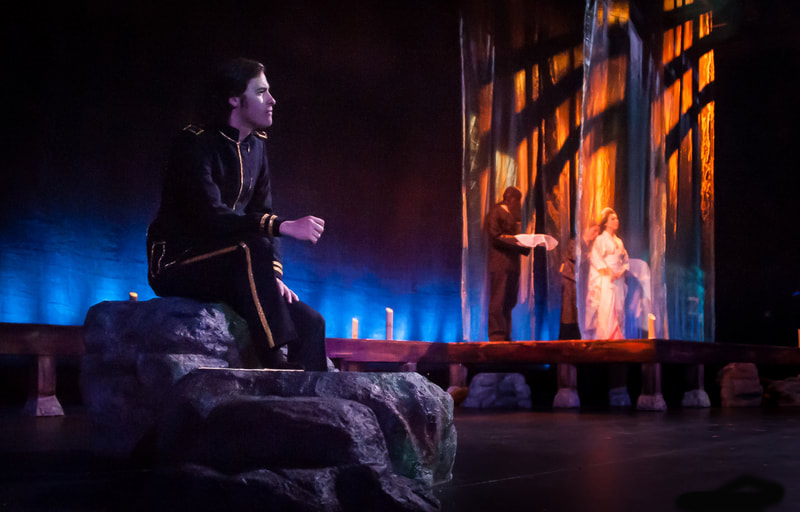 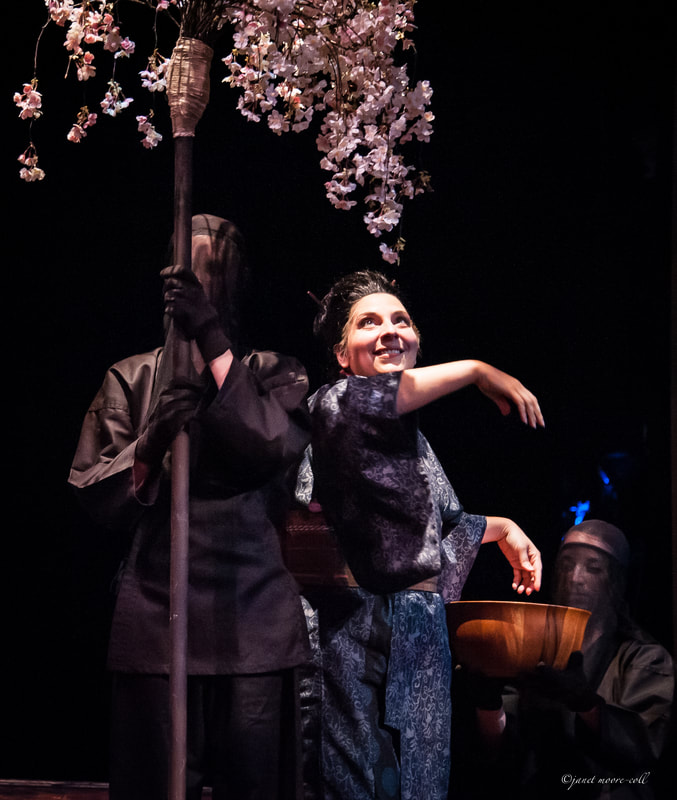 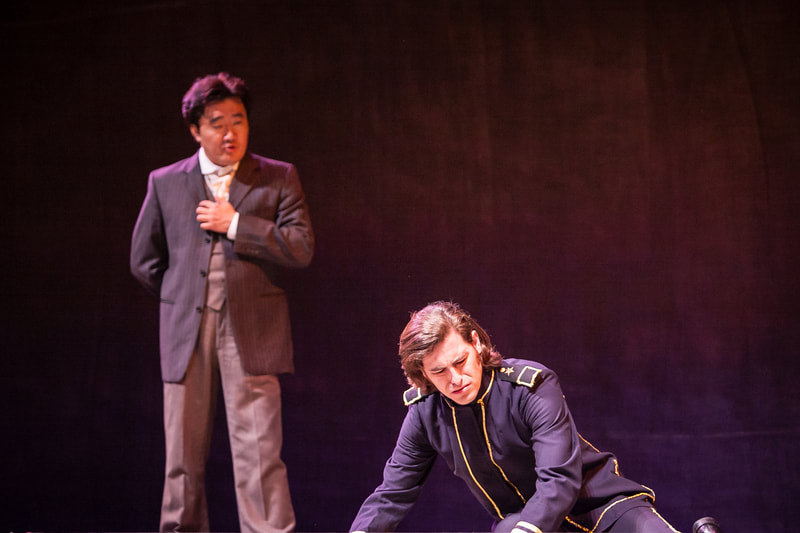 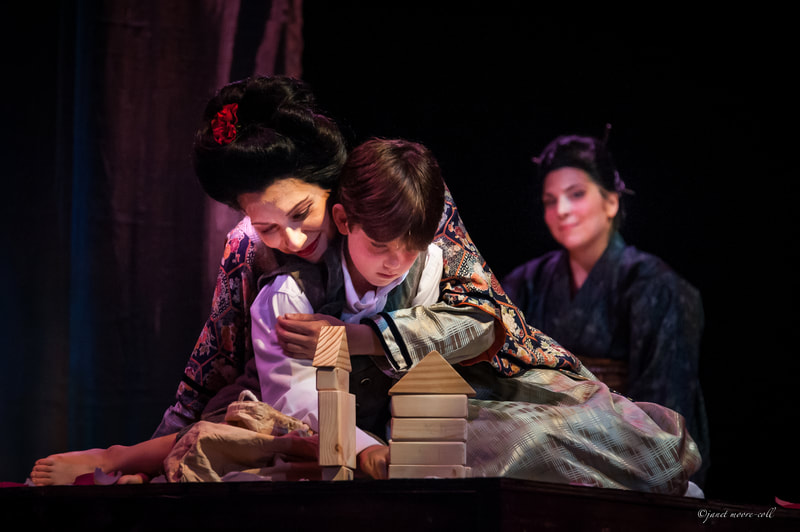 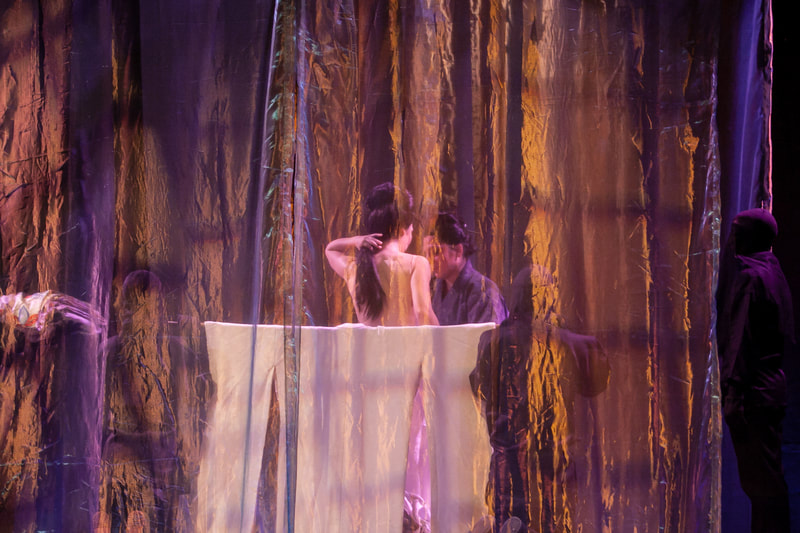 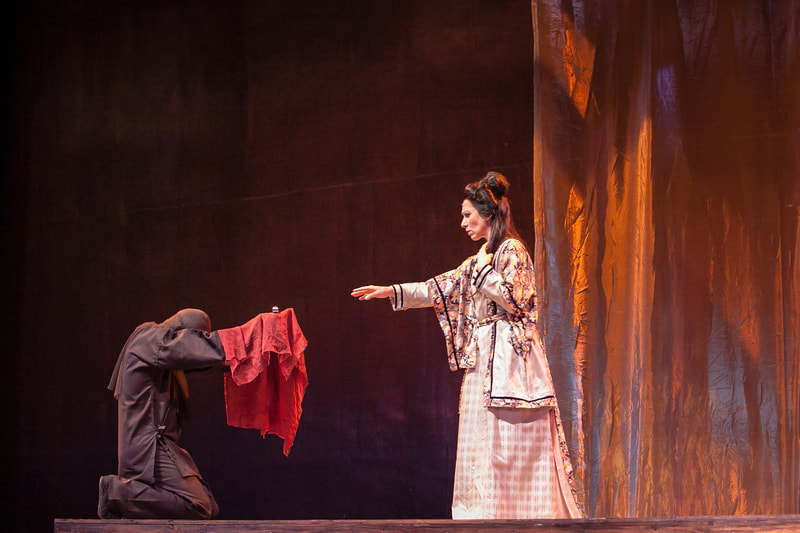 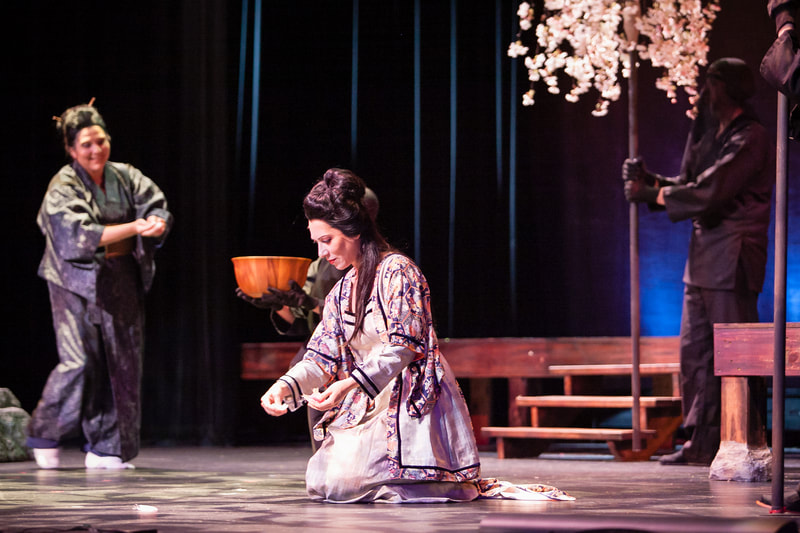 When I’m directing a piece for the first time, I like to go back and dig through the source material, whether it’s a play, novel, or a story “ripped from the headlines.” It helps me understand what attracted the librettist and composer to the story and also helps me find details that may have been lost in translation. The sources of Madama Butterfly are particularly thorny and hard to sift through. Puccini and his librettists, Giacosa and Illica, used a variety of texts to create their opera: John Luther Long’s novella, Madame Butterfly, David Belasco’s play of the same name based on the novella, and Pierre Loti’s novel Madame Chrysanthème. Behind each of these, is the true story of a Japanese woman who “marries” a foreigner for a time, has a child with him, and is subsequently abandoned. Belasco makes it a tragedy, having Butterfly take her own life rather than live with the shame of her predicament. Butterfly’s suicide elevates the story from a journalistic narrative to classical tragedy. With Butterfly’s death, there are moral consequences for the sailor’s actions.

At the time Madama Butterfly takes place, Japan was in the midst of a rapid and complete transformation from a feudal society, isolated from the rest of the world, to a modern capitalist nation state. The Meiji era, 1868 to 1912, is named after the emporor who oversaw this unprecedented transformation. The economy moved from a feudal agrarian system to modern indsutrial capitalism, the authoritarian regime of the Tokugawa Shogun was replaced by a Constitutional Monarchy, the Samurai class was abolished, and foreigners who had been forbidden to travel within the country were suddenly invited by the government to help create a modern industrial complex and military. Japan’s best and brightest were sent all over the world to learn about the West and to bring this expertise back. When Commodre Perry arrived in 1853, the Japanese had never seen a train. By 1904, there were 5,000 miles of railroad tracks in Japan.

Madama Butterfly has become the origin myth for the conact between Japan and America. This story has the seed of everything that has gone wrong since our cultures “met” in the years just before the Meiji era. Since then we have shared a sad and bloody history of cultural misunderstanding. And yet, Japan and America are fascinated with each other, just as Butterfly and Pinkerton are drawn together by their “otherness.” It is easy for us as Americans to see Butterfly and her world through Pinkerton’s eyes. It is more difficult for us to understand the circumstances that would drive a young Japanese woman to marry a foreigner, and then to hold on to the belief that he would give up everything for her as she has done for him.  It is no easy thing for a human being to adopt a new culture and leave her own behind. But that is just what Butterfly tries to do. Her failure is both inevitable and heart breaking – the textbook definition of tragedy.